Arunachal Pradesh Chief Minister Pema Khandu said that the state government is working high time to resolve the inter-state boundary issues with Assam.
“The High Power Committee under the chairmanship of Home Minister Bamang Felix has already conducted several rounds of consultative meetings with stakeholders on the matter,” Khandu said at a function here on Thursday night.
Khandu said that he has already spoken to his Assam counterpart and have agreed to resolve all issues through bilateral talks sitting across the table.
The Chief Minister also informed that the Committee will hold a meeting with all MLAs and deputy commissioners of the districts sharing boundaries with Assam on August 26. 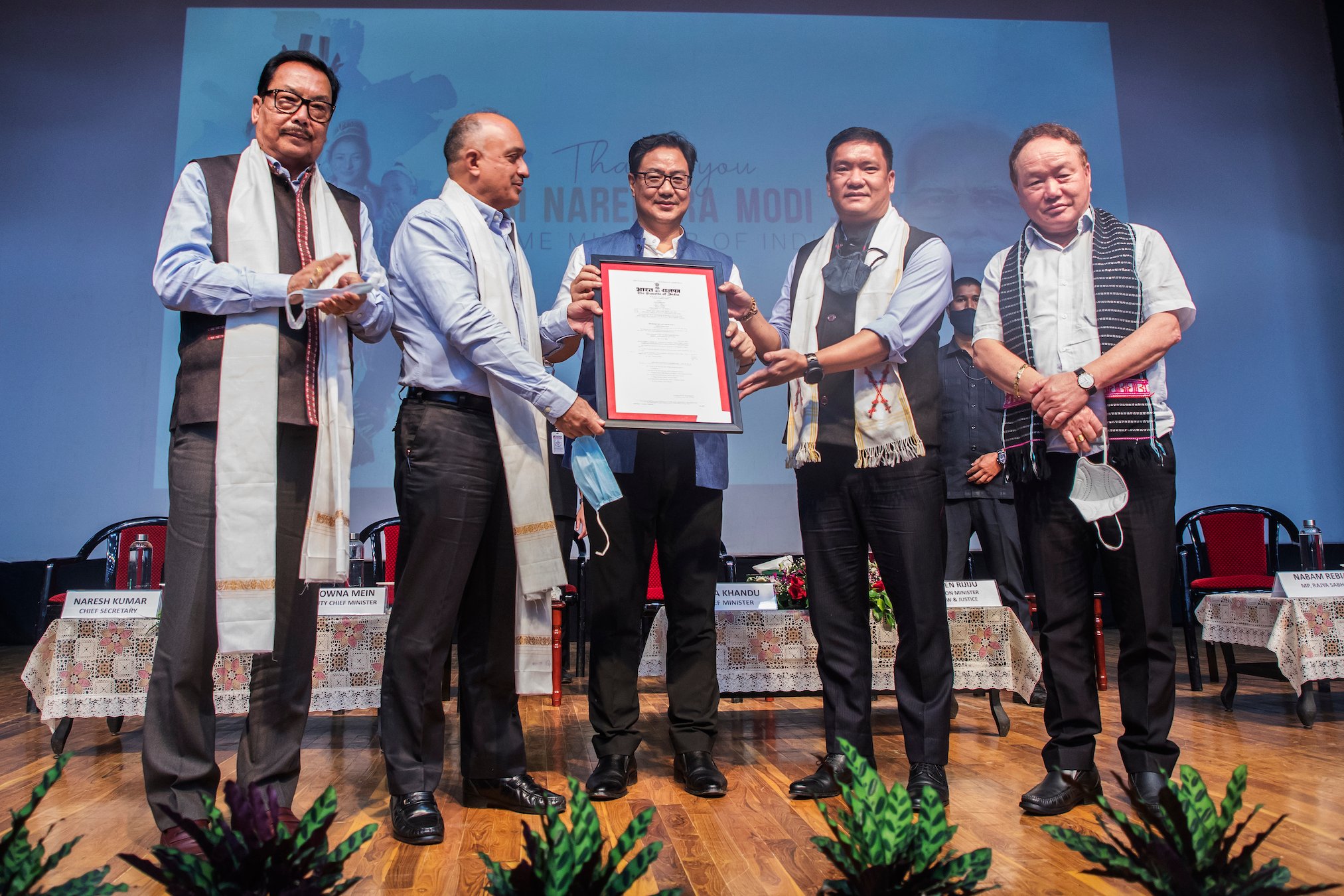 He further revealed that the groundwork under process is based on the recommendations made by the one man Local Boundary Commission constituted by the Supreme Court.
Arunachal Pradesh shares approximately 730 kms of boundary with Assam.
Khandu also thanked Prime Minister Narendra Modi for passing the Constitution (Scheduled Tribes) Order (Amendment) Bill, 2021, in the recent session of the Parliament.
The bill amended the constitutional list of Scheduled Tribes as recommended by the state government and added the indigenous nomenclatures of Monpa, Sajolang, Sartang, Tai Khamti, Mishmi-Kaman (Miju Mishmi), Idu (Mishmi), Taraon (Digaru Mishmi), Nocte, Tangsa, Tutsa and Wancho.
Khandu said the inclusion of the left-out indigenous tribes of the state in the constitutional list wouldn’t have been possible without the constant persuasion by the three MPs from the state, Kiren Rijiju, Tapir Gao and Nabam Rebia.
On the contentious issue of Chakma and Hajong refugees settled in the state, he reiterated that as per prevailing Acts and laws no non-indigenous tribe of Arunachal Pradesh can permanently settle in the state. 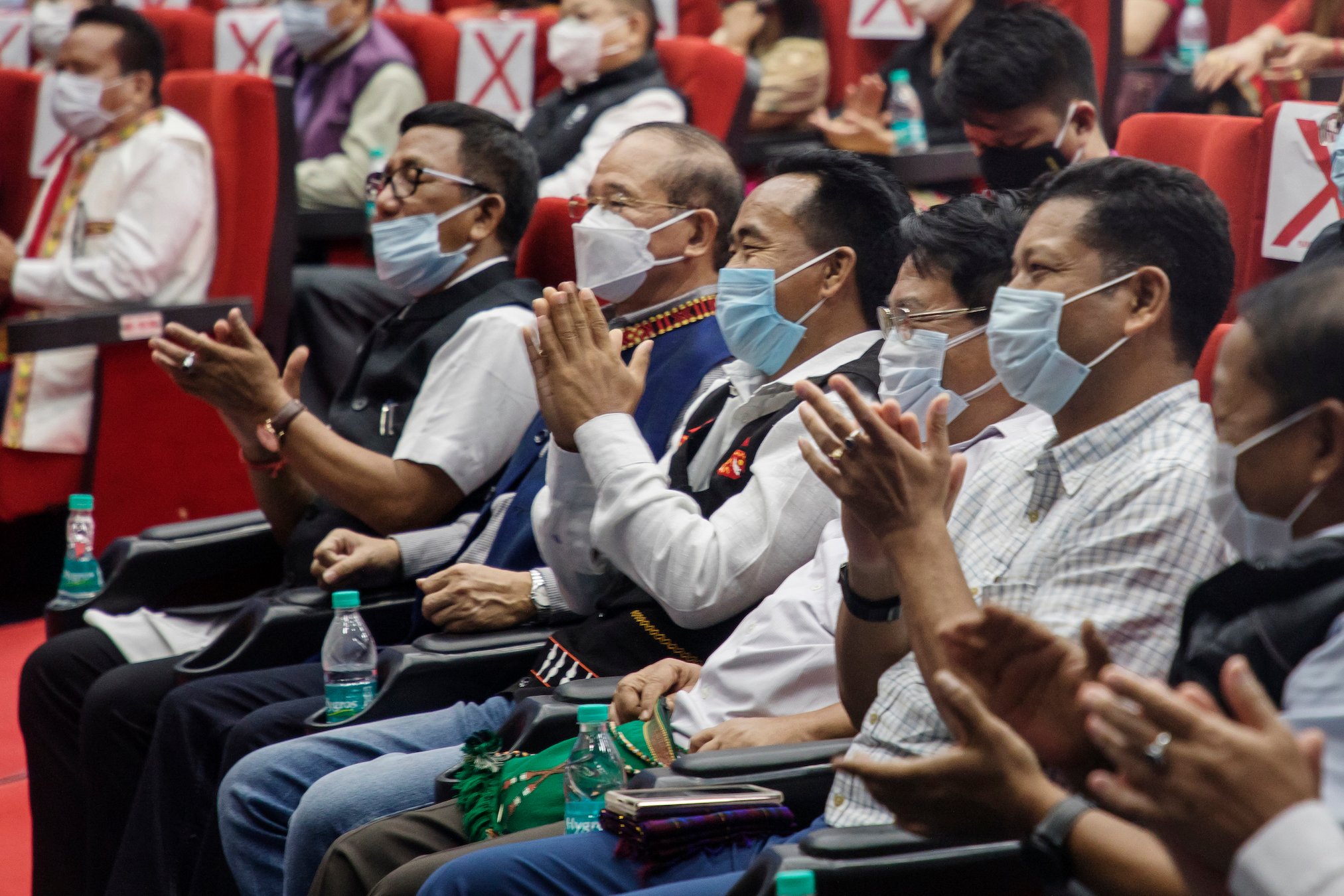 “The Chakma and Hajong settlers are also human. They too are suffering a lot here. Therefore, we got to evolve a win-win solution for both, them and our indigenous tribes,” he pointed and urged the MPs, particularly Rijiju to pursue with the central leadership for a permanent solution.
Informing about the recent meeting with the Arunachal Pradesh State Commission for Women, the Arunachal Pradesh Women Welfare Society and the Arunachal Pradesh Commission for Protection of Child Rights a day earlier, Khandu flagged the issues of girl child’s right over property and the malice of polygamy.
Underlining the significance of Property Rights to the girl child, he said, “We all love our daughters and want to give them equal rights be it of education, employment or property. But this needs a proper debate and consultancy with regard to our indigenous identity and tribal rights specifically on property and inheritance rights.”
On polygamy he said that it needs to become obsolete in today’s world.
“The practice must have been socially accepted in the past due to various reasons but I don’t think it is relevant today. Instead of helping the family, the practice of polygamy affects and destroys and lives of women of the family,” he observed.