A large number of vehicles were stranded on the highway because of the accident.

A major road accident occurred on the Pynursla-Shillong highway just short of Laitlyngkot on Thursday.

Four people escaped death narrowly after the car, Maruti Swift, in which they were travelling was rammed by a dumper truck. The car was hanging by a thread from falling into a ditch along the roadside. The car’s wheels somehow held the ground and it was hanging over the deep gorge. 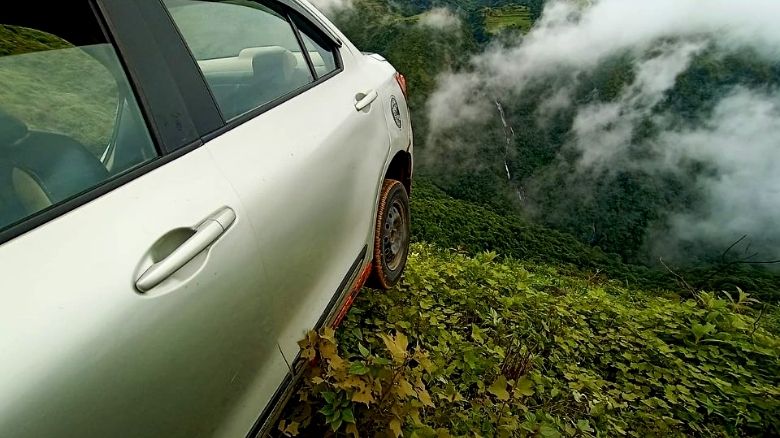 According to reports, the driver and the passenger who was in the front seat of the car were slightly injured, but the passengers on the car's back seat got critically injured and were taken to a local hospital soon after the accident.

The dumper belonged to the National Highways and Infrastructure Development Corporation Limited, as per reports.

A large number of vehicles were stranded on the highway because of the accident. 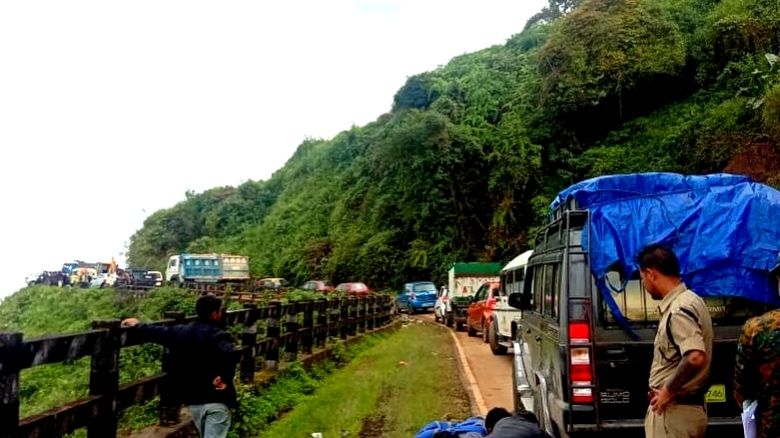 It is to be mentioned that major earth cutting work is also in progress for the Shillong-Dawki highway.