The full moon today will the year's 'biggest supermoon' and feature the first total lunar eclipse in more than two years. From India, just after moonrise, the eclipse will be visible for a short span of time from Northeastern parts of India, except Sikkim, some parts of West Bengal, some coastal parts of Odisha and Andaman & Nicobar Islands.

The eclipse will be visible in the region covering South America, North America, Asia, Australia, Antarctica, the Pacific Ocean and the Indian Ocean, informed the India Meteorological Department (IMD).

“The ending of the partial phase of which will be visible for a very short span of time just after moonrise from extreme Northeastern parts of Arunachal Pradesh and Assam,” IMD added.

Lunar eclipse occurs on a full moon day when the Earth comes in between the sun and the moon and when all the three objects are aligned.

A supermoon occurs when a full or new moon coincides with the Moon's closest approach to the Earth.

The Moon's orbit around the Earth is not perfectly circular. This means the moon's distance from earth varies as it goes around the planet. The closest point in the orbit, called perigee, is roughly 28,000 miles closer to Earth than the farthest point of the orbit. A full moon that appears near the perigee is called a supermoon. The relatively close proximity of the Moon makes it seem a little bigger and brighter than usual.

Check out the duration of the partial phase of the eclipse: 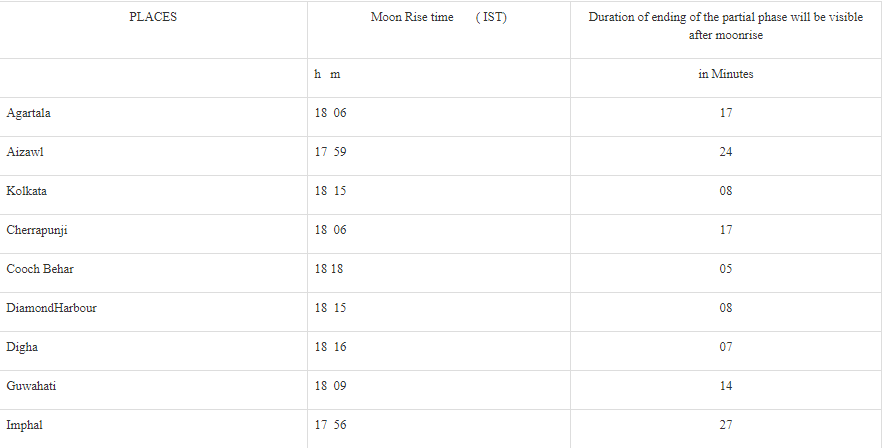 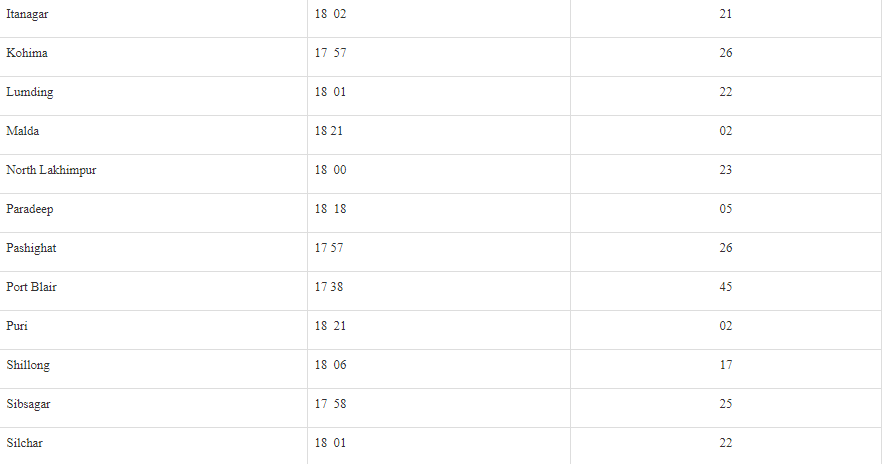