There's no call for a change in the party's leadership: CWC

Sonia Gandhi will remain the Congress president, the party said after a four-and-half-hour meeting on Sunday evening amid demands for a change in leadership in view of the embarrassing defeat in the recently held assembly elections.
Addressing the media, Congress leader Mallikarjun Kharge post the Congress Working Committee (CWC) meeting said, "Interim president Sonia Gandhi will lead us and will take future steps until the election for the post of Congress president is held. We all have faith in her leadership."

The party admitted that the results of the state polls in Punjab, Manipur, Uttar Pradesh, Uttarakhand, and Goa are a "cause of concern" but there's no call for a change in the party's leadership.
Kharge emphasised that every member of the party expressed their trust in the leadership of Sonia Gandhi.  Congress spokesperson Randeep Surjewala stressed there were a lot of deliberations in a "free and frank manner".
It may be mentioned that Ghulam Nabi Azad, Anand Sharma, and Mukul Wasnik were the only three from the Group of 23 leaders who attended the meeting of the CWC. 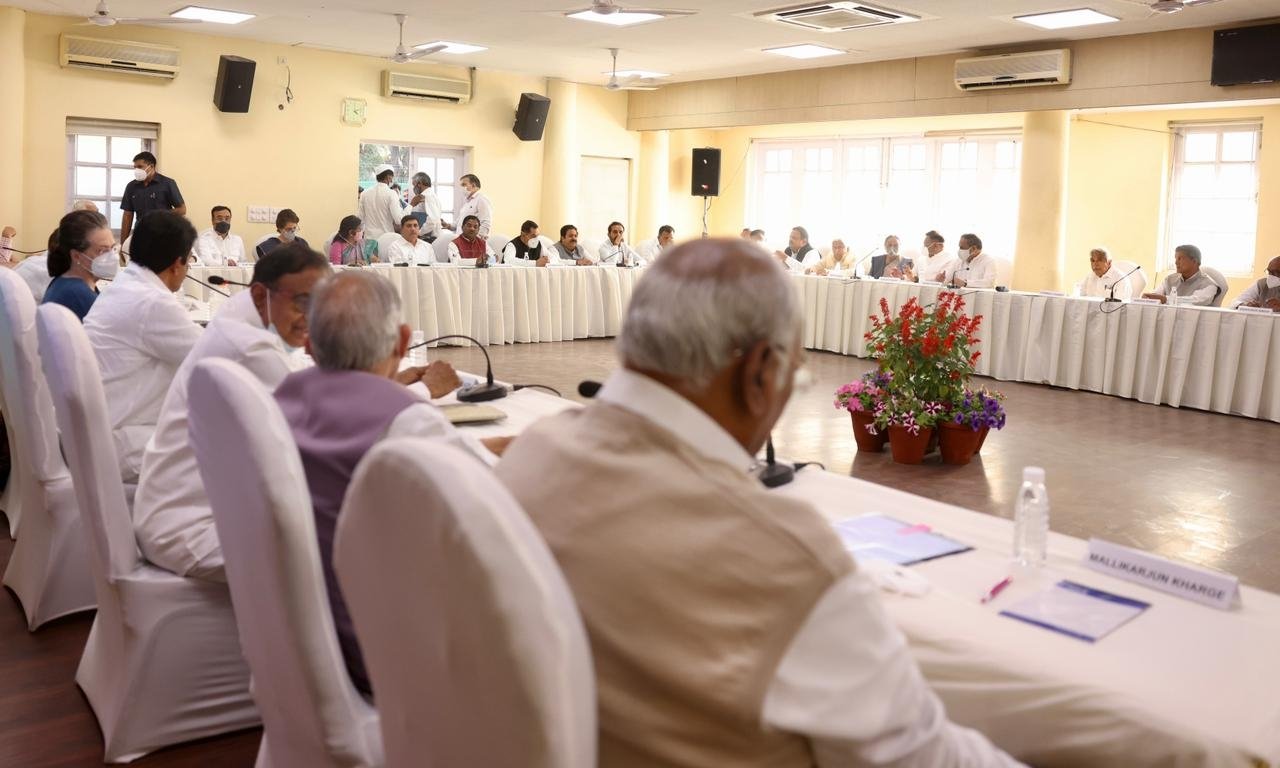